Everybody was excited last night because it was the end of Daylight savings tonight, I know its only an hour but when you have been surviving on 6 hours sleep per night an extra hour goes a long way to helping ease the tired eyes !!.

It didnt feel like I got any more sleep last night though when the alarm went off at 5.30am to get started on the last day of this years Tour, I rolled over and my body reminded me that it was tired and wanted a rest. The last 9 days of Tour de Cure had been hard. We have had some really long rides and some really tough climbs. This final day should be easy !!

It was only a little push into Hobart and it shouldnt take too long !!

The day started with a beautiful breakfast on the beach at Swansea, we looked out over the bay as the sun was rising. It felt good to say that we had nearly completed our task and it was with excitement we set off for the day.

As we headed off down the coast we were buzzed by the channel 7 boys who had commandeered a helicopter to do what I would imagine was some awesome shots from the air over the beach’s and rocky outcrops along our route. I was on the front of the peloton for some of this and the helicopter came so close at one stage that we were noticeably pushed nearly off the road !!

One group of cyclists had pushed off early this morning to ride the 50 km to Triabunna with James Tobin who was doing the morning cross from there. Triabunna is a quaint little fishing village and the cross was right on the water front which was nice. 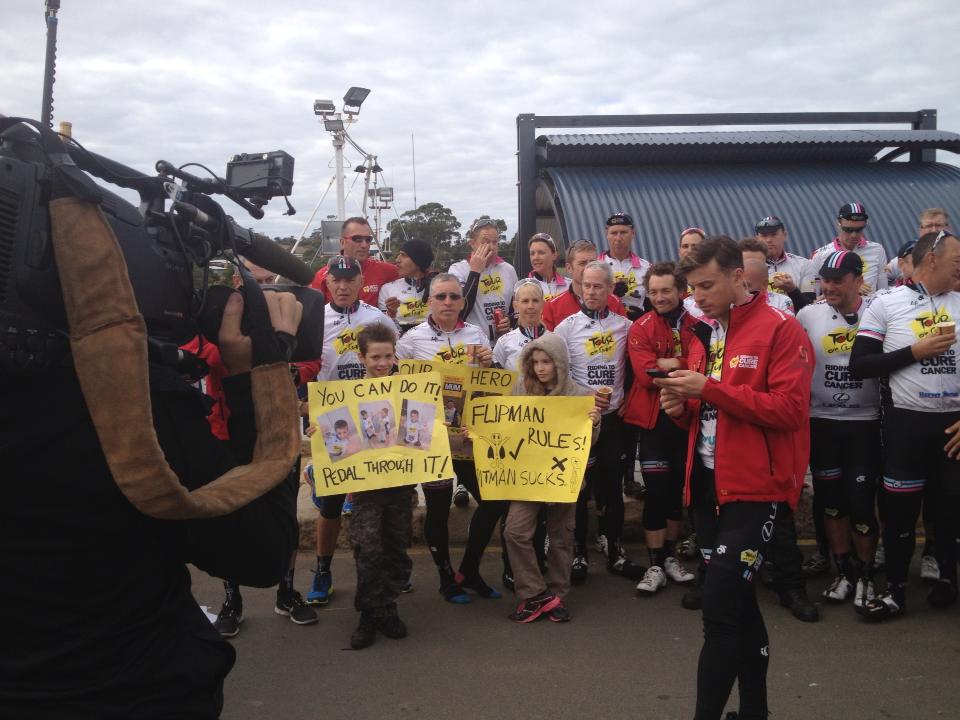 The next bit was a 70 km leg to Richmond. A section of rolling hills and some climbs that reminded me that I had done 10 days of riding.

I had ridden so well over the last 9 days but today my legs said that they were tired. Added to that was that I got myself at the back of the pack and that means that you get the dreaded elastic band effect. Sometimes you are riding hard to keep up then you are hard on the breaks to stop. This for me was the hardest part of the whole trip and I cant say how happy I was to get to Richmond and sit down on the town green space and get some lunch into me !!

There was only about 25 km to go from here so thats when we started to get really happy. Just out of Hobart we joined back into one huge peloton and rolled over the bridge into Hobart as one group. As I have done the Tour 5 times I was honored to be up the front with the other veterans !! 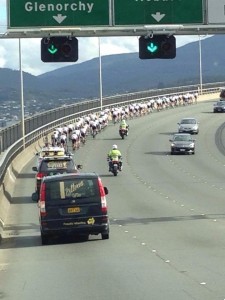 As we rolled into Hobart and to the ultimate finish at the front of parliament house a wave of emotion came over me. To see Kathryn and the kids at the end was an awesome feeling and to hug the other riders and congratulate them on their achievement was also great. 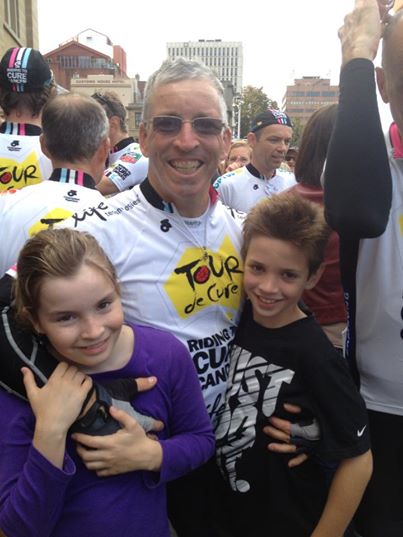