The alarm was set early this morning (4.30am) as we needed to get from my hosts house into the city for a 6.00am start at the Channel 7 headquarters.

Last night the out of town riders were billeted with other riders and I was excited to be with Brendan, another full Tour rider. He put me up in his kids play room.

As soon as we got up the topic was on the weather and more specifically the rain that was forecast. As we came out of the door the sky looked clear but that was not to be the theme of the day.

As we got to Channel 7 the heavens opened up but we were still optimistic that the day would be dry.

Here are some photos

Me with the CASH COW – Didnt get a donation !! 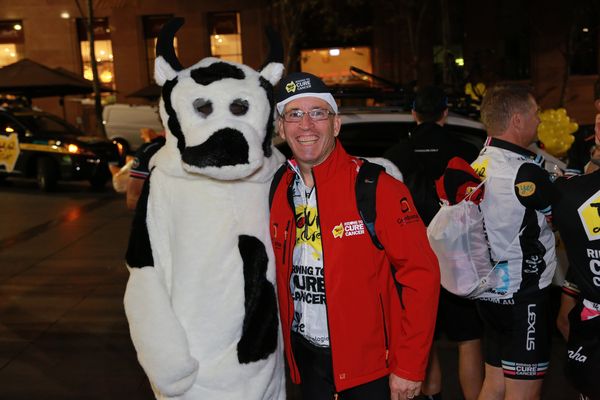 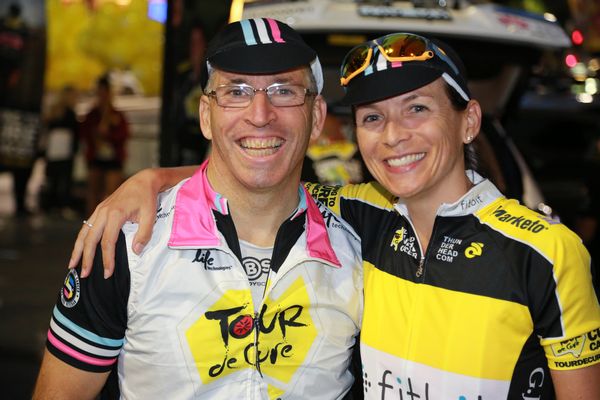 Me with Charlie Teo – a famous Brain surgeon 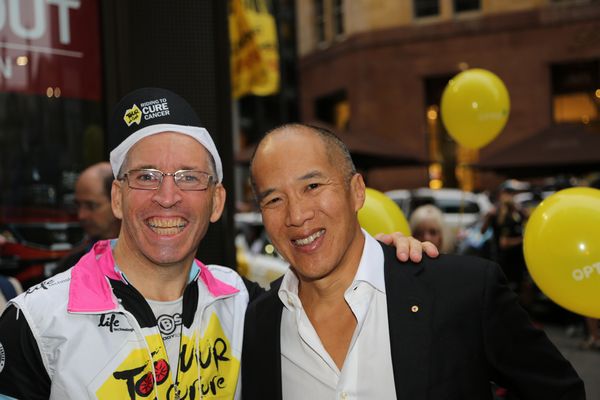 Beretts giving me a wave 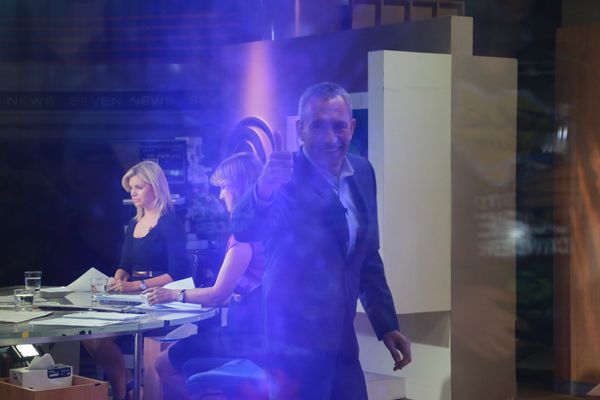 It wasnt long before we were on the road. We did the normal last cross and was sent off with a gun and the 10 day journey had begun.

The route out of the city was always going to be not very nice. It was still peak hour and we were starting and stopping at what seemed like every stop light. It seemed to take ages to get out where we could actually roll along without stopping every 2 minutes and without being hassled by the Sydney drivers who were obviously in a hurry.

Although the day had started dry the rain was soon upon us. It started raining about 1.5 hours into the day and it didnt let up for the rest of the day.

Usually if its raining I would normally just roll over and go back to sleep but today we were on a mission to get to Bundanoon!

I can honestly say that today was one of the harder days of Tour. Not only was it long (170 km ) but the rain was relentless. Although I had a jacket and was still warm it was not a good feeling to be riding along with rain coming down all day.

When we got into the destination I would say that it was a great feeling to eventually get out of the rain and have a shower. I am sure that is the best shower that I have ever had but it might just have been the days activity that made it look that way !!

We’re happy to say that the $5,000 cheque given to Quest For Life in Bundanoon tonight will be used for a residential program for men and women living with cancer. 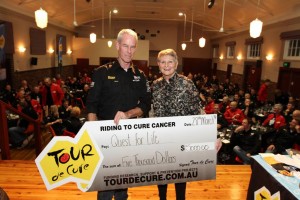 Tomorrow we are off to Canberra.