Today was 160km. If you were looking at that ride you would say its a long ride but backing up against the amount of km’s we have done over the last week it is pretty big. Yesterdays 207km was sapping but today with sore legs and a bit tired it was going to be hard work

We had a deadline so today was all about chasing the clock. We had to get to the ship by 5.00pm to make sure that we could stow the bikes so that they were safe for the trip across Bass Strait !!

The day started out well although we seemed to be behind the clock all the way. We managed to ride pretty well. I had a couple of stints in the front 6 where all the work gets done! On Tour we call it the Engine Room as the front 6 riders take turns to go to the front two by two.

Here is a picture of me at one of the schools. 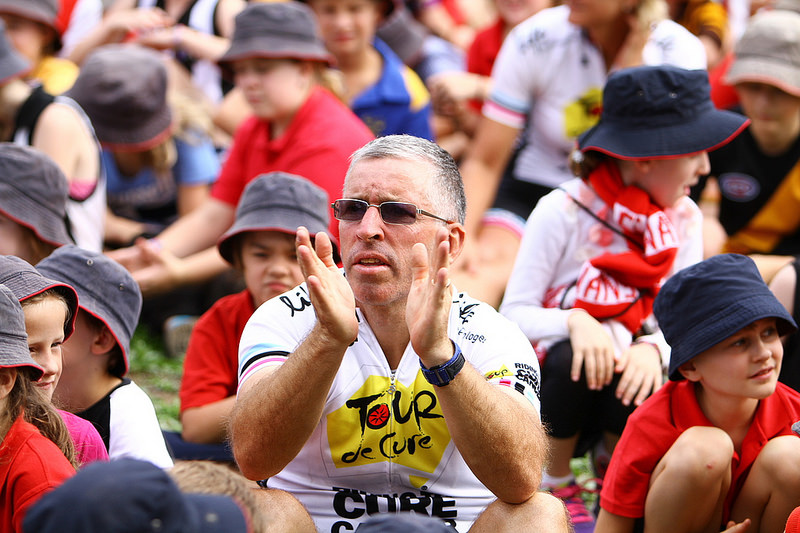 Its great to sit with the students and see their reactions and talk to them. I like even more to get the excited and hyped up for the teachers after we leave so there is often a lot of fun to be had !!

The afternoon was going pretty quickly as we were riding through some of the most picturesqe areas in Victoria. The roads were narrow and it the fog was low making it particularly beautiful. The only thing that could have improved the day was if it was a bit warmer and the roads were not wet !! 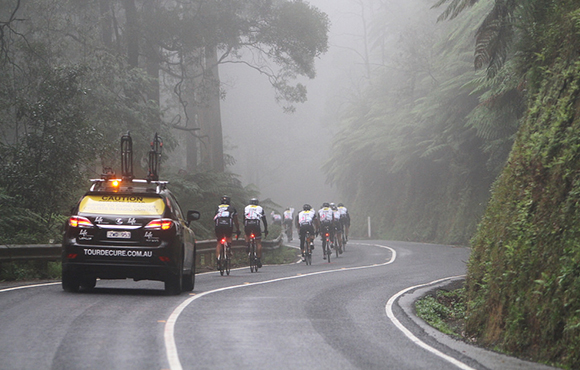 After what seemed like hours of riding we eventually got to the boat. I think we had a grand Tour of Melbourne as it seemed like we were in the traffic stopping and starting for hours !!

Eventually we got to the boat were I was greeted by my family who had come out for the day. 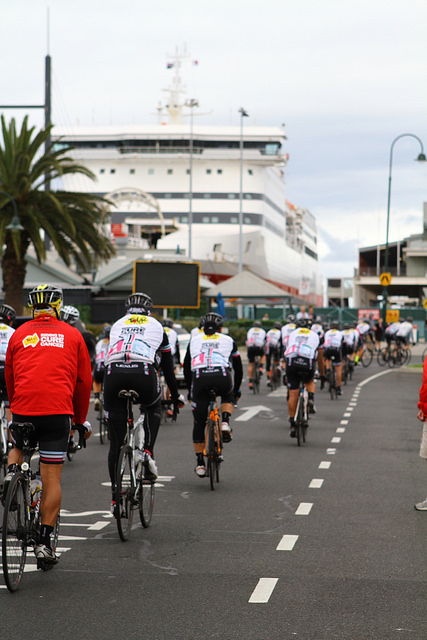 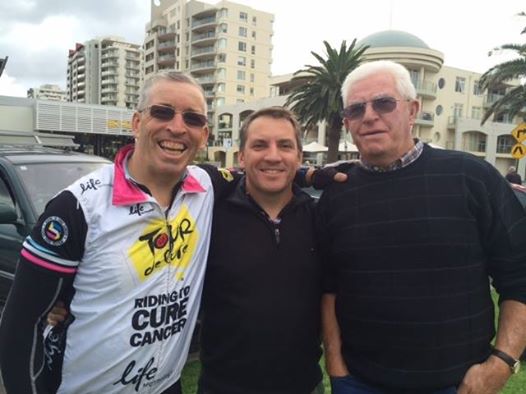 Gotta say that it is great to see Dad and Chris and Jodi who all traveled in to see me.

After an hour saying hello and goodbye it was on the boat for us.

Not being a boat person I was soon searching out some assistance with the sea sickness that was inevitable. After a couple of those little tablets I felt pretty bullet proof so I was happy to have a bit of a play !!

I had organised a surprise for the team in the form of a video from home. This was quite well received and there were a lot of grown men and women crying !!